Island Hospitality Management is a National Hotel Management company. Our corporate office is based in West Palm Beach, Florida and support over 70 properties spread out over 27 states. We are currently seeking a hardworking, organized individual with multi-state payroll experience to join us as PAYROLL SPECIALIST. The ideal candidate will be responsible for data input, processing garnishments and deductions, cutting checks, and communicating with operational employees.

Island Hospitality is committed to employee development and displays that commitment with a formalized training and development program providing a clear path for any employee with a desire and aptitude to thrive in the hospitality business. As team members join Island Hospitality from other organizations they too can build on that prior experience and find further growth opportunities within our company by utilizing the tools and resources offered.

What we offer you in return for your dedication and hard work is a rewarding benefits package that includes:

Plan for the Future:

‌
Tonya MooreSenior Vice President of Human ResourcesMoore brings more than 20 years of industry experience to oversee Island Hospitality Management's strategy for talent recruiting, team member compensation and benefits, and the development and implementation of internal training, leadership and mentorship programs. In her most recent role as Vice President, Associate General Counsel - Compensation, Benefits and Mandated Leaves at Darden Restaurants, Moore served as lead attorney for the employee benefits and compensation practice group where she counseled business partners and provided business-oriented solutions to legal issues while maintaining legal and fiduciary compliance, among other responsibilities. Prior to Darden Restaurants, Moore worked for AON Hewitt and Orbitz Worldwide, where she managed and advised on all aspects of human resources law and policies relating to employment and benefits. Her career also includes several years at McDermott Will & Emery, LLP as a Senior Associate where she advised clients of new changing laws, regulations, policies and benefit plans. Moore will also serve on Island Hospitality's Diversity and Inclusion Council, which for the past five years has focused on training and mentorship from within, strategic recruitment and hiring, company alliances, education and other initiatives to work towards a more diverse and inclusive hospitality workforce at the executive level. Moore graduated from DePaul University with a B.A. in Political Science and English. Additionally, she holds a Masters of Laws degree in Employee Benefits from John Marshall School of Law and a Juris Doctorate from the University of Wisconsin School of Law.
‌
Roger PollakExecutive Vice President & Chief Financial OfficerMr. Pollak has been with Island Hospitality since March of 1995. He has held progressive positions within the company including Director of Financial Reporting and Controller before being promoted to Senior Vice President-Accounting in 1998. Mr. Pollak has over 20 years of accounting experience. Prior to joining Island, he was a Controller for various companies including a large real estate developer and property management firm. Mr. Pollak holds a B.S. in Accounting from the University of Florida.
‌
Gregg FordeExecutive Vice President & Chief Operating OfficerMr. Forde has been with Island Hospitality since 2003. Mr. Forde began his career with Marriott International in 1998, and offers leadership experience with Marriott as well as Hilton and Hyatt brands. In his time with Island Hospitality has served as Regional Vice President of CLDT Properties, Regional Director responsible for overseeing the sales and operating efforts of multiple hotel brands and the quality service levels throughout the West Coast of the United States. Mr. Forde has also held the Area Manager role for the Silicon Valley based hotels and multiple General Manager positions throughout his tenure with Island Hospitality and Marriott International. Mr. Forde was the inaugural winner of the Mike Dubroff Award from Marriott International and the recipient of other accolades including General Manager of the Year. Mr. Forde earned a B.A. with a Double Major from Edith Cowan University in Western Australia, Australia.
‌
Michele MainelliSenior Vice President of Revenue ManagementMs. Mainelli has been named Senior Vice President of Revenue Management and will be instrumental administrating the portfolio annual and monthly forecasting, budgeting market share and revenue targets for optimal revenue growth and profitability, pricing trends, brand initiatives, and RFP processes. Michele joined Island Hospitality Management in 2004 arriving from the Marriott International Reservation Center, Omaha NE where she held positions varying from Lead Information Support Desk agent, Manager of Reservation Sales and Hotel Liaison Systems Analyst, International Region. Ms. Mainelli has over 20 years of Travel Industry background. Ms. Mainelli graduated with a Bachelor of Science Degree from The University of Nebraska.
‌
Drew AllisonSenior Vice President of OperationsMr. Allison joined Island Hospitality in 2005 after graduating college. He began his career path as a Front Office Manager in northern California. In his time with Island he progressed through the company’s internal development program into his current role. He served as a General Manager for Marriott, Hyatt, and Hilton brands before assuming an Area Manager role in the Northeast. Prior to his current role as a Senior Vice President of Operations, he was an Regional Vice President based in West Hartford, Connecticut. He has his B.A. in Business Administration with an option in Management from California State University, Chico.
‌
John MarquesSenior Vice President of OperationsMr. Marques returns to Island Hospitality after most recently working for Magna Hospitality as Senior Vice President. Previously with Island Mr. Marques was responsible for the management and oversight of Island Hospitality’s operations division, which includes six regional directors, property level general managers, and over 3,000 property level employees. He was promoted to Vice President of Operations in July 2007 after previously serving as the Regional Director for the Hilton relationship, a role that he held at Innkeepers Hospitality prior to its sale. In his prior role, Mr. Marques was responsible for a Hilton branded hotel portfolio of 15 hotels that generated a 10% revenue increase in 2006 and significant increases in overall guest satisfaction. From 2001 to 2006, Mr. Marques was employed as Regional Director of Operations for the Musselman Hotel Group, a private owner of approximately 30 hotels, where he played a key role in winning a number of premier hotel management industry awards, including the highest ranked Embassy Suites (Louisville, Kentucky), the highest ranked Spring Hill Suites (Lexington, Kentucky), and the third highest ranked Residence Inn (Lexington, Kentucky) in terms of overall guest satisfaction scores. Mr. Marques also served as an area manager for Candlewood Suites from 1999 to 2001. Mr. Marques earned an Associates Degree in Hospitality Management from Prince George’s College in 1989

‌
Read for the RecordRead for the Record brings together millions of people each year in classrooms, libraries, community centers, and homes across the US. This annual campaign was launched over a decade ago to highlight the importance of building early literacy and language skills for EVERY child, so that all children have the opportunity to enter kindergarten prepared to succeed. Each year as part of Jumpstart’s annual Read for the Record campaign, thousands of adults read the chosen book to children.
‌
The homeless Coalition of Palm Beach CountyOur team works diligently to give back to our communities. One of the ways in which our corporate team gives back is to create wellness bags for the local homeless coalition. We were able to donate 200 wellness bags to community members who may be in need of basic toiletries.
‌
IH CaresIH Care’s belief in social responsibility is rooted in our desire to make a positive impact on our associates, guests and the community. We act responsibly and with integrity while being a great employer, corporate citizen and good neighbor. We believe in the fair treatment of our culturally diverse, talented associates, in environmental consciousness, giving back to the communities in which we serve and sound business ethics.
‌
Quantum HouseQuantum House is a supportive home that lessens the burden for families whose children are receiving treatment in Palm beach County for a serious medical condition. The House is where “hope has a home” for more than 1,000 family members every year. It is the ONLY hospital hospitality house serving children and their families between Ft Lauderdale and Orlando. On Wednesday October 26th, we will go to the Quantum House (which is located on the grounds of St Mary’s Hospital) and prepared dinner for approximately 30 families whose children are being treating at the hospital.
‌
Back 2 School BlastIsland Hospitality team members help local kids GEAR UP for the School Year As you know a majority of charity efforts focus around the holiday season, however, there are other opportunities for us to make a difference. For this reason, we are partnering with Urban Youth Impact, which is a local charity serving Tamarind Avenue corridor and surrounding areas in WPB, Riviera Beach, and Boynton Beach. They are dedicated to providing educational enrichment, resources, safe environments, personal mentorship, and job-readiness programs to facilitate the growth and development of Palm Beach County’s underserved youth. The areas they served have all been identified as areas with the most at-risk children based on various indicators such as poverty levels, school readiness, graduation, and teen birth rates. We will have collection boxes in all 3 suites from now until July 28th. Attached is a list of needed school supplies with the most needed items being backpacks, dictionaries, and 3 ring binders. 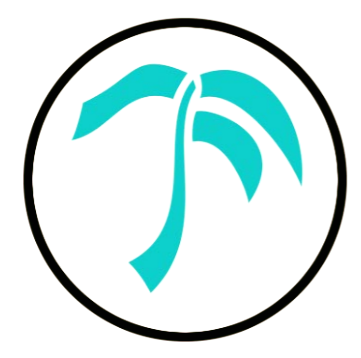 This property is managed by
Island Hospitality Management