At Hyatt, we believe our guests select Hyatt because of our caring and attentive associates who are focused on providing efficient service and meaningful experiences.

An intermediate line cook requires good communication and culinary skills. The desired cook candidate will have hotel cooking experience and a culinary degree. An intermediate cook should have a professional knowledge of cooking ingredients and procedures. Intermediate cook will work single stations in the kitchen and require significant supervision and training.

Hyatt associates work in an environment that demands exceptional performance yet reaps great rewards. Hyatt has the best to offer in cook jobs: Whether it's career opportunities, job enrichment or a supportive work environment, if you are ready for this challenge, then we are ready for you.

You're more than welcome.

Hyatt Regency Lost Pines Resort and Spa
Discover your #LostPinesMoment at our memorable Texas escape
located on 405 acres along the banks of the Colorado River between
Austin and Bastrop. We are excited to welcome you to the show moreshow more

‌
RiseHY - Inviting Youth to Reach Higher with HyattAt Hyatt, we’re passionate about people and opening doors to new opportunities. True to our company’s purpose – we care for people so they can be their best – we have worked with community-based organizations around the world for decades to help young people rise to their full potential. Now, we’re taking a bigger step: With RiseHY, Hyatt hotels are making a commitment to hire 10,000 Opportunity Youth by 2025.
‌
Everyone mattersWith more than 100,000 colleagues across 54 countries, we embrace all cultures, races, ethnicities, genders, sexual orientations, ages, abilities, perspectives, and ways of thinking. Our culture is one that empowers every individual to be his or her best, and such authentic connection inspires the way we care for each other and for our guests.
‌
Caring for our communitiesMeet Hyatt Thrive, our corporate social responsibility platform. Our purpose of care defines our practice of responsibility. By building strong communities and fostering sustainable practices, we’re working to create an environment in which people thrive. As the Hyatt footprint expands to meet the needs of a more connected and traveled world, we have the opportunity—and the responsibility—to grow with purpose and to protect our environment for generations to come.
‌
We are familyOur foundation in family goes back to 1957, when entrepreneur Jay Pritzker purchased the original Hyatt House motel. Pritzker and his brother, Donald, worked to grow the Hyatt brand, powered by their belief in the importance of family and care. As of September 30, 2016, Hyatt is a global hospitality company with 13 brands and more than 600 properties in more than 50 countries. 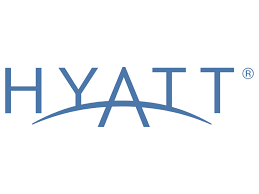 This property is managed by
Hyatt Hotels