Troon North Golf Club in Scottsdale, AZ is excited to announce the exceptional career opportunity of full-time Line Cooks. Qualified candidates will thrive in a hospitality environment and be highly focused on providing superior service.

Key Responsibilities of the Line Cook:
• Learns and maintains standards in food production and quality.
• Expedites orders in a timely manner.
• Practices excellent operational sanitation.
• Executes scheduled banquet functions.
• Maintains a professional relationship with fellow associates.
• Helps reduce loss/waste.
• Communicates equipment repair needs with chef.
• Actively participates in training efforts.
• Incorporates safe work practices in job performance.
• Attends staff meetings.
• Checks and dates all deliveries received and report any variances to chef in charge.
• Verifies that all coolers are at the proper temperatures and are cleaned on a daily basis.
• Processes inventory requisition and receives supplies as necessary for quality production.
• Prepares the proper amount of food according to production or forecast sheets and production plans.
• Prepares items in accordance with established recipes for a consistent product.

Minimum Qualifications for the Line Cook:
• Associates Culinary Degree and 6 months to a year Culinary Experience and/or training; or equivalent combination of education and experience.

‌
Bruce GlascoChief Operating OfficerBruce Glasco has over 20 years experience in the golf industry. Prior to joining Troon Golf, Glasco specialized in operations at several of the world's leading golf facilities. The list includes such recognized properties as the famed Pine Valley Golf Club, Arnold Palmer's Bay Hill Club, the Kapalua Golf Club and Resort, and the exclusive Maroon Creek Club. Glasco also possesses a development background having served in a project management capacity for Hines, one of the world's most recognized international developers. Glasco joined Troon in 1999 as Vice President of Operations and was promoted to Senior Vice President of the company's Australia Pacific division in 2001. He was appointed Senior Vice President and Managing Director of the company's Europe, Middle East and Africa operations in 2006 and to his current role at the beginning of 2012.
‌
Ruth EngleChief Financial OfficerRuth Engle joined Troon Golf after serving as vice president and controller of the aerospace division of Honeywell International. During her time at Honeywell, she also held vice president and CFO positions over three leading divisions. Ruth began her career with PricewaterhouseCoopers and has since held financial leadership positions at major global engineering companies. Early in her career, Ruth returned to her alma mater as a professor, teaching economics and business at Lafayette College. She then earned her master's degree in Business Administration from Fairleigh Dickinson University and co-authored a book titled: "Small Business Survival Guide to Debits, Credits and Cash: What Every Growing Business Needs to Know About Accounting and Finance."
‌
Tim SchantzChief Executive OfficerTim Schantz has over twenty five years' experience specializing in corporate and real estate transactional matters, with the last twenty years focused on the golf and leisure sector. A licensed attorney, he received his B.A. from the University of Colorado and his J.D. from the University of Kansas. Prior to joining the Company in 1998, Schantz spent five years in the California offices of the international law firm Latham & Watkins, followed by three years as Vice President, Senior Corporate Counsel for the Phoenix based lodging company, Doubletree Corporation. Schantz serves on the Company’s senior executive team and has responsibility for helping to guide all aspects of the Company's general matters and strategy.

‌
Childhelp Children's Center of ArizonaHoliday Charity Sale – All proceeds from this annual event benefit Childhelp Children's Center of Arizona and the Arizona Animal Welfare League.
‌
Patriot Golf DaySince the program was first launched Troon has pledged support by coordinating efforts with its facilities to maximize the money raised, which provides scholarships to families of those who have become disabled or lost their lives in the line of military duty.
‌
Phoenix Children's HospitalEach fall, Troon-managed facilities in Arizona host "Troon's Drive for Phoenix Children's Hospital" program, which has raised more than $280,000 for the hospital since 2011. All the proceeds from the program are donated to Phoenix Children's Hospital during its annual golf fundraiser held at Troon North Golf Club.
‌
Stop Hunger NowTroon and its associates have proudly partnered with Stop Hunger Now to donate and package more than 40,000 meals to aid those in crisis situations and feeding programs at schools and orphanages in countries suffering from disastrous circumstances. 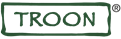 This property is managed by
Troon Golf, L.L.C.