The Assistant Engineer / Maintenance will report to the Chief Engineer and be responsible for upkeep, preventative maintenance and troubleshooting with ice machines, refrigeration units, and air handling units, as well as other general maintenance, in accordance with the standards of Shaner Hotels and the respective franchises. The ideal applicant will be customer service oriented and willing to go the extra mile to make the guest experience one to remember. Requires a strong background in commercial refrigeration and knowledge of ice machines. Also requires basic working knowledge of general maintenance procedures. Evening, weekend, and holiday hours required.

High school or equivalent education. Bachelor's degree or related technical school degree is preferred. A minimum of 5 years of experience in hotel, hospital or building maintenance. Ability to apply common sense understanding to carry out instructions furnished in written, oral, or diagram form. Ability to deal with problems involving several concrete variables in standardized situations. Ability to supervise situations and accomplish goals on a timely basis. HVAC and Tile experience preferred. Training in refrigeration, plumbing, and electrical is a must. 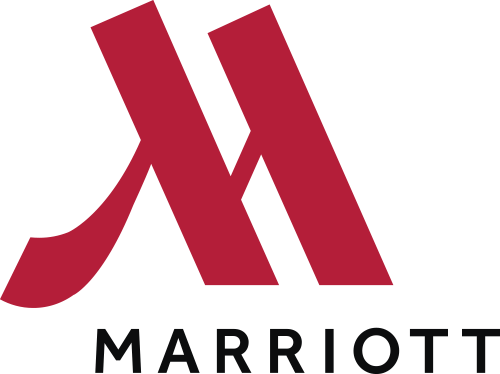 ‌
Patrick LandySenior Vice President & Chief Financial OfficerPatrick J. Landy rejoined Shaner in July 2005. He currently holds the position of Senior Vice President and Chief Financial Officer and is responsible for all financial initiatives and reporting for Shaner Hotels. Including his first tenure with Shaner, Patrick has more than 20 years of experience in hospitality accounting and finance, and he has worked in a wide array of fields like hospitality, agriculture, insurance and academics. Prior to rejoining Shaner, Patrick worked at Canton College Association at SUNY Canton where he held the position of Controller. In this capacity, he was responsible for financial reporting of all food and retail operations on campus, as well as overseeing the accounting for the Student Union and the SUNY Canton College Foundation. He was also an adjunct instructor in the Accounting department. Since May 2013, Patrick became a board member and Treasurer for the JB Griffin Memorial Foundation, a nonprofit charitable organization dedicated to providing assistance within the communities where Shaner employees live and work. Patrick has a B.S. in Accounting from SUNY Geneseo, and an MBA in Finance from Pace University. In his spare time, Patrick enjoys spending time with his family, rooting for New York sports teams and running.
‌
Plato GhinosPresidentAs President, Plato Ghinos is a key member of the Shaner Hotels management team. Plato joined Shaner Hotels in 1995 and has since participated in the acquisition and development of multiple hotel and restaurant properties and progressed franchise relationships and negotiations with several well-known brands. Plato is the Managing Director of Shaner Italia and is responsible for expanding the company's hotel portfolio in Italy. Most recently, Plato was instrumental in forming a partnership with CS Hospitality in Athens, Greece to expand the hotel portfolio in Greece and Cyprus. Plato previously served for 10 years as Executive Vice-President for Federated National, a real estate development group specializing in the management and development of more than 25 hotels, resorts, restaurants and apartment complexes. Plato has extensive experience in sales and marketing, as well as in hotel and restaurant operations. A native of Athens, Greece, Plato came to the United States to attend college, and worked for an international hotel group during graduate school. He received his B.A. in Business Administration from Coe College in Cedar Rapids, Iowa, and his M.B.A. at the American Graduate School of International Management – Thunderbird Campus in Phoenix, Arizona.
‌
Lance T. ShanerChairman & CEOLance T. Shaner serves as Chairman and Chief Executive Officer of Shaner. A graduate of Alfred University, he provides the business strategy and entrepreneurial spirit for multiple companies. Under Lance’s leadership, the companies have completed over two billion dollars in transactions and have grown into a highly respected business group with over 3,000 employees. Throughout Mr. Shaner’s extensive career he has been successful in leading the companies in areas such as finance, venture capital, contract negotiations, real estate development, acquisitions and strategic investment advice. Today as the Chief Executive Officer of Shaner, Lance is responsible for the overall management of the company and setting of strategic directions.
‌
‌
‌
‌
‌
‌
‌
‌
‌
‌
‌
‌
‌
‌
‌
‌

This property is managed by
Shaner Hotel Group